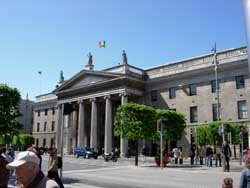 If you are planning on visiting Dublin for Christmas make sure that you are either staying with friends or family, staying at a hotel that is going to be open or a self catering property like those advertised on a holiday homes website like jmlvillas.com for example.

Unlike France, Italy or England it is very difficult to actually eat out, or even get a drink on Christmas day. The reason is that traditionally it is a day when a family is meant to be together.

I tried in both 2007 and 2008 to find a restaurant or hotel that was open for Christmas lunch. It is nearly impossible.

Most hotels close early afternoon on Christmas Eve and don't usually open again till lunchtime on the day after St Stephens Day (Boxing day) the 27th. The pubs will close early on Christmas Eve and some will open on St Stephens Day. Many Guest Houses and bed and breakfast establishments also closed.
A lot of bar staff in Ireland used to be members of a union and it was agreed therefore that pubs would not open. Although the situation with staff will have changed a lot today, the same rules apply to opening. They don't!!
I discovered that a hotel in Drumcondra on the way to the airport is open for Christmas Lunch, however their arrangements included a small entertainment variety show. A hotel that is part of an American chain was open as well in the centre for a 4 course brunch. The price quoted was 160 euro per person without drink or service charges. They had two sittings and if you were a family of five after spending nearly a thousand euro taking the first sitting you would have to vacate quite quickly to let the second sitting take over.
Another hotel in the centre near Grafton Street that is Irish owned was also open, but by coincidence the price was exactly the same.
Looking outside Dublin, hotels around the country that were open and took guests for 2 or 3 nights were generally much more expensive than they would normally be. I stayed at a fabulous hotel on the west coat for the second time last June. Like the others I discovered their Christmas break prices had gone up considerably.
With the credit crunch biting hard in Ireland, it will be interesting to see if this changes for Christmas 2009.
If you are thinking of taking a break in Ireland over Christmas all of this is worth considering as the only place you might find open on Christmas day is the odd Chinese restaurant or petrol service station.

Have you booked your 2009 self catering holiday?

We are sent these as jmlvillas.com and jml-insurance.co.uk advertise in there and if fact have been advertising in those publications for several years now along with Living Spain and other magazines.

Looking through the magazines and seeing the fabulous colour photos you really feel you want to jump on the next flight off to one of those destinations. This can be by the sea, in the country or even a city break.

Despite of the credit crunch worries we at jml villas are still receiving numerous copy email enquiries to advertisers of self catering holiday homes.

People will be watching every penny or cent now as money becomes tighter and one way to spend less is to go self catering, booking direct with the owner and saving on agents costs.

When you do this remember don't forget your travel insurance or car hire excess insurance. Those are costs that can't be cut back on.

Listed below are a very small selection of enquiries we have recently received.

hi, your house looks lovely, just wondering if you could let me know about booking for three to four nights over the new year period many thanks andy

Please can you tell us availability and cost for the two weeks 25th July to 8th August. There are 8 of us (2 families of 4). Please can you let us know if there is any other information you think we would need to know.Kind regardsMichelle

Hello, I would be interested in renting your property form 18/07/09 to 25/07/09. Could you please send me all relevant details regarding terms and conditions and booking. Thank you

Is your villa availible for the weeks starting 17th or 24th August 2009? How much?Does the pool have a fence? Thank you.

Hi there, I was wondering if this cottage is available for the week over new years and if so, how much would it cost? Thanks Jon

Please could you advise whether the villa is available for one week, commencing 27th December 2008. Many thanks

I am looking at renting you 3 bedroom house from the 13th december for three weeks. I will be for myself and two sons ages 17 and 20. Please forward me your price list and availability. many thanks Susie

Have you availability in August 2009 please? Many thanks and look forward to hearing back from you and if so, what is the rate (we are looking for 2 weeks).

I am interested in your property for 14 people from the 10th june 2009 for 7 nights. Could you please tell me your price for this stay. Thanks

I was wondering how much it would cost to rent your villa for 2 weeks in July 2009? It would be after 18th July. There would be four people. Thank you

I would like to enquire to see if the property is available towards the end of February for a 10 night stay. There are four of us coming over for a relaxing time,no exact dates yet. we would be looking at a max of £400 for the 10 days, Many Thanks Beckie

Hello, was enquiring how much this apartment would cost for 10days around the end of june? and is theres much difference between the price for 2 weeks?many thanks Emily

Hi,I have just found your villa on the JML website an wondered if you had availability from the 28th March 2009 for 2 weeks. We have a little flexibility (subject to flights) but need to be back in the UK by the 19th April at the latest. Cheryl

Could you tell me if the Villa is available for 31 July 09 to 14 August 09 and the price for these two weeks. Could you please confirm the location to Pernera and if the Villa is in a quiet location. Slight flexibility can arrive 1 or 2 August. Thank

It is the time of year to plan your 2009 vacation and if you are a holiday home owner, why not advertise your property on jmlvillas.com.

We look forward to receving you holiday enquiries and listing those holiday rentals.

We have been around since 2002 and our brands jmlvillas.com , euro-rentavilla.com and euro-rentals.com receive numerous daily visits.

Posted by Philip Suter at 05:50 No comments:

Morocco - Maroc A few facts for a short visit 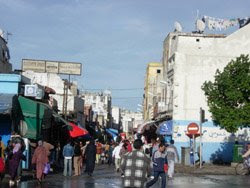 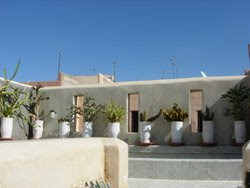